What Will Happen to the Oregon and Washington Bankruptcy Courts?

Home/General/What Will Happen to the Oregon and Washington Bankruptcy Courts?

What Will Happen to the Oregon and Washington Bankruptcy Courts? 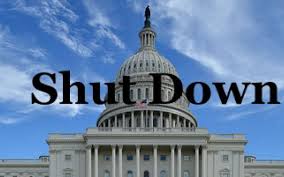 Potential bankruptcy filers in Washington and Oregon are concerned about the potential effect of the government shutdown are their cases. While the courts are open for the time being, at least through October 15th anyway, and likely will remain open throughout the shutdown in a limited capacity. It seems likely that temporary cost cutting changes may take place.

Hearings will probably be delayed. Normally the 341 hearings in Salem,

Portland, Vancouver and Seattle are set out about 30 days after filing. It seems likely that they will be set out an additional month or set at a later date after filing. Chapter 13 filers waiting for their cases to be confirmed will probably have to wait longer to have their cases confirmed as the bankruptcy dockets in Portland, Seattle, Tacoma and Eugene may be cancelled until the end of the shutdown.

The fact is though, except for delays in having hearings and getting cases confirmed, the impact on prospective bankruptcy filers aside from delay is likely to be minimal mainly because bankruptcies are filed electronically and it seems likely that this function will be preserved throughout a shutdown. Because attorneys will continue to be able to file cases electronically, debtors will continue to be able to obtain protection under the bankruptcy court.