What Happens At A Creditors Meeting? 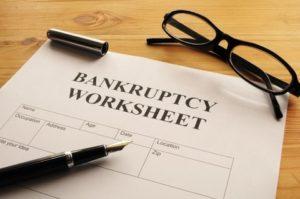 What You Need to Know About Creditors Meetings

The United States Bankruptcy Court District of Oregon recently published a video of a creditors meeting (video can be viewed in Quicktime).

Plan for 2-3 hours of the day in addition to travel time. Find out where the court house is and make sure you understand the directions to get there. You do not need to dress up.

In the courthouse, you will probably spend some time getting through security. The exceptions to this rule are Portland and Salem, Oregon where you can still walk straight to your meeting. Many federal buildings have metal detectors like airports, but they are more sensitive. The items you carry must go through an x-ray scanner. Anything not allowed into the courthouse will be confiscated and returned upon leaving.

The trustee assigned to the case will ask questions about your bankruptcy schedules. Most often, debtors worry about the questions that might be asked, but they shouldn’t fret. The purpose of the meeting is confirming information and fact finding. As long as the debtor appears at the meeting and answer the questions honestly, everything will be alright.

If new facts come out at the meeting, the trustee or a creditor can file a motion or an adversary proceeding in the bankruptcy court for the judge’s consideration. All facts that play into the bankruptcy should be ironed out with an attorney before the meeting.

There will probably be many other debtors scheduled for the meeting at the same time. It’s normal for 10 or more cases to be heard in an hour. The schedule will be posted outside of the door. If your name is at the top, you will probably be called sooner than the others, but having to wait isn’t a total loss.

Waiting for other cases gives debtors the opportunity to observe other people at their meetings.  This experience can provide an advantage. You will know what to expect, where to stand, and maybe even what to say. If you’re nervous, watching other cases will probably help you calm down.

When your name is called, you will be asked to sit at a table near the front of the room. The trustee will swear you in and ask your name, address, and other identifying information. To confirm your identity they will ask to see your photo ID and proof of Social Security number.

The trustee will briefly go over your forms with you and ask a few questions. Your answers should be truthful and consistent with your bankruptcy papers. The trustee is mostly interested in the fairness of your plan (that is, that it treats all similarly situated creditors the same) and your ability to make the payments that you have proposed.

When the trustee is finished, any creditors who showed up will have a chance to question you. Secured creditors like your mortgage lender might come, especially if they want to contend that the value you assigned to the collateral is wrong. Unsecured creditors rarely appear.

At the end of the hearing, your attorney will acknowledge the concerns voiced by the trustee. The meeting of the creditors is just the beginning of the negotiations that will ultimately culminate in your case’s confirmation a month or two later.