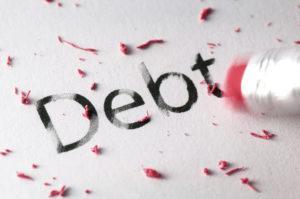 A generation ago, many post-secondary students spent more money on books and other ancillary costs than on school tuition, but those days are long gone now. Today, thanks to skyrocketing tuition costs and financial institutions that are all too willing to extend credit, former post-secondary students owe more than $1 trillion in education loans. Any way you slice it, that is a lot of money. This is especially since these borrowers are just starting their careers and consequently usually have a limited earning capacity. Former students are not the only ones feeling the pinch. Because of high debt servicing payments, many borrowers must put off buying houses and making other large purchases. As a result, if you are buried by student loans, you need a Portland student loan debt lawyer more than ever.

That’s because an attorney can negotiate with the lender to reduce the amount due. Or he can obtain a more favorable repayment arrangement, as well as be an effective advocate in court.

In most cases like these, Chapter 7 or Chapter 13 bankruptcy is about the only way to get rid of excess debt. But student loan cases work a little differently, and it takes an experienced Portland student loan debt lawyer to both evaluate your case and chart a way out of crippling debt.

Although education loans are unsecured debts, these loans are not automatically discharged like credit cards or medical bills. Instead, a Portland student loan debt lawyer must usually file a motion for discharge. Then, like almost any other adversarial action, the Portland student loan debt lawyer usually negotiates with the lender to reduce or eliminate the student debt. Some judges in Washington and Oregon refer these disputes to mediation, to expedite settlement.

What Is “Undue Hardship”?

If the parties cannot settle the dispute and it proceeds to a hearing, the court must determine if the debtor has met the “undue hardship” test in the Bankruptcy Code. When lawmakers changed the Bankruptcy Code in 1978, they deliberately left this phrase undefined. Much to the chagrin of many a Portland student loan debt lawyer, the courts stepped in where lawmakers failed to act.

One of the first student loan cases under the new Bankruptcy Code was Brunner v. New York State Higher Education Services Corporation, an opinion from the Second Circuit in New York in 1987. Five years earlier, Marie Brunner received an MS in Social Work. She graduated with $9,000 in student loans, or about $20,000 in today’s dollars. This is far less than the average amount of student debt today. The court took note of the following facts: Ms. Brunner had apparently made no payments on her debt, was working in her field, and had not asked for a deferral or any other lesser relief prior to her discharge request.

Your Portland student loan debt lawyer will probably be familiar with the saying “bad facts make bad law,” and that may have been the case here. Probably to prevent future Marie Brunners from obtaining a bankruptcy discharge, the court interpreted the “undue hardship” provision in the Bankruptcy Code as a three-part test.

Portland student loan debt lawyers immediately criticized the so-called Brunner Rule for several reasons. First, the prongs are inconsistent, because it is difficult or impossible to show both a good-faith effort to repay the loans and a crippling financial hardship. Second, the rule gives no consideration to any other circumstances, such as the amount of the loans. Essentially, under a strict interpretation, bankruptcy debtors are only entitled to discharge if they are physically or mentally disabled, the disability prevents them from working in almost any capacity, and that disability occurred after they received their post-secondary degrees.

Over time, these objections and the mounting student loan crisis caused some federal appeals courts to toss out the harsh Brunner Rule. This was in favor of a totality-of-the-circumstances approach. Walker v. Sallie Mae, a recent case from the neighboring Eighth Circuit, involved a former medical school student who had $300,000 in student loans and was a stay-at-home mom to disabled children.

However, in the Ninth Circuit, your Portland student loan debt lawyer must still contend with the Brunner Rule. However, at least the local federal appeals court has embraced a kinder, gentler Brunner Rule. This makes it a little easier to discharge student loans in bankruptcy, thanks to Hedlund v. Educational Resources Institute, Inc.

Impact of the Hedlund Case

After earning a bachelor’s degree from the University of Oregon, Michael Hedlund graduated from law school in 1997 with about $85,000 in loans. He failed the bar exam twice and missed a third sitting because he locked his keys in his car. When his loans entered repayment in 1999, Mr. Hedlund was earning $10 an hour as a Klamath County juvenile counselor. He was unable to consolidate his loans because of a clerical error. And after struggling to make payments here and there, he partnered with a Portland student loan debt lawyer to file bankruptcy in 2003. The bankruptcy judge granted a partial discharge, but the moneylender appealed, arguing that Mr. Hedlund didn’t make a good-faith effort to repay the loans.

On appeal, largely thanks to the work of Mr. Hedlund’s lawyer, the Ninth Circuit took a rather generous view of the Brunner Rule. For example, instead of requiring that the student loan payments drive him below the poverty line, the judges were satisfied that the Hedlunds (he was married with a small child) had lived “frugally.” Furthermore, some courts require student loan debtors to obtain different jobs in different cities to maximize their income. However, the court imposed no such requirement on Mr. Hedlund. Finally, although he suffered from no disability, the court concluded that Mr. Hedlund’s hardship was not “self-inflicted.”

How Can Your Lawyer Help?

Here’s the bottom line. Student loan bankruptcy discharge is not as certain in Oregon as it is in other parts of the country. But an experienced Portland student loan debt lawyer can often convince the bankruptcy judge to at least grant a partial discharge and give some relief to the debtor. Furthermore, your lawyer can negotiate with the moneylender to obtain more favorable repayment terms.

At the Northwest Debt Relief Law Firm, we help people like you manage or eliminate their student debt. Call us today for a free consultation.