Two People Who Built Their Greatest Successes After Bankruptcy

Home/General/Two People Who Built Their Greatest Successes After Bankruptcy

Two People Who Built Their Greatest Successes After Bankruptcy 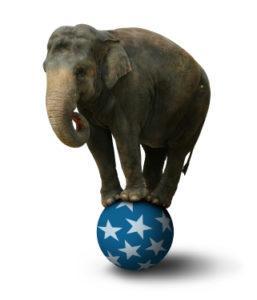 Filing for bankruptcy is a difficult decision. Bankruptcy can come as a relief, but you may also feel a sense of failure. It isn’t the end of the world. In fact, it’s a new beginning. Many famous people have gone bankrupt at some point in their lives. For people of all walks of life, bankruptcy can be the new start they need to build their greatest success. Here are two people who went bankrupt before they made the amazing achievements we remember them for:

Phineas Taylor Barnum, perhaps the greatest showman of all time, tried several other types of business in his lifetime. He tried and failed at running a general store, selling books, publishing a weekly newspaper, and selling lottery tickets on credit, but all of those ventures failed. He then moved to New York to start over again in a new business—show business.

Barnum did very well selling tickets to see odd and amazing people, but he used his profits, along with way too much borrowed cash, to invest in real estate. When the real estate ventures failed to turn a profit, Barnum was unable to pay his debts. He declared bankruptcy in 1855. He went on to found his famous American Museum in New York City five years later. In 1871, at the age of 60, Barnum founded his greatest show, Barnum’s Grand Traveling Museum, Menagerie, Caravan, and Circus, which took in $400,000 in its first year, and combined with other circuses to become the Ringling Brothers and Barnum & Bailey Circus—still a successful business today.

The first animation company Walt Disney founded was Laugh-O-Gram Studios in Kansas City. They created short fairy tale cartoons to be shown in nearby movie theaters. The cartoons were quite popular, so Disney found a financial backer to help him expand the business.

When the backing firm went out of business, Disney’s business went down with it. After trying to save his company, Disney was eventually forced to declare bankruptcy. He moved to Hollywood for a fresh start. Eight years later, he created Mickey Mouse. The new production company Disney founded became one of the most successful studios of all time. Disney went on to revolutionize the theme park industry with Disneyland and Disneyworld.

If your financial situation is overwhelming right now, consult with one of our expert bankruptcy lawyers to find out what your options are. Bankruptcy can be the tool that makes it possible for you to start again. Your greatest success may be ahead of you, too.