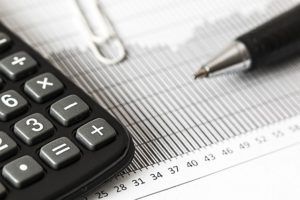 Nonetheless, Oregon bankruptcy law also gives the right to creditors to file bankruptcy against a debtor who is unable to pay money owed. Such a petition is called involuntary.

Involuntary bankruptcy filings are more frequently done on behalf of businesses. It’s also done against individuals, but the usual targets are debtors of means, those who have assets for liquidation that can be used to pay back debts. Creditors usually see no point in filing involuntary bankruptcy against a debtor whose assets aren’t sufficient to cover debt payments. Such a move could backfire, triggering an automatic stay, which is part of the bankruptcy protection that people in financial distress count on to stop their creditors’ debt collection efforts.

Creditors have to fill out bankruptcy forms and file their petition with the bankruptcy court. This can be done under bankruptcy chapter 7 or 11 of the bankruptcy code, but not so under chapters 13 and 12. They have to justify their decision to file bankruptcy for someone else. The usual reason, of course, is that the debtor has the means and yet is unable to pay the money owed. Another possible reason is that control over the debtor’s assets has been ceded to an agent in the last 120 days, putting a lien in place.

The debtor has the right to respond to the petition, and this may be in the form of an opposition, in which case a bankruptcy judge will have to rule for or against keeping the petition intact. If the bankruptcy case is dismissed, the creditor may be ordered to compensate the debtor for the trouble that the petition caused. Bankruptcy cases that are sustained move forward as in the usual bankruptcy proceedings. Unopposed filings simply continue through the regular bankruptcy process.

If you have serious financial problems, you may want to look into debt relief solutions. In case bankruptcy is inevitable, whether you do the filing or your creditors do, it’s important to seek legal advice right away. Contact us at Northwest Debt Relief Law Firm and talk to an experienced bankruptcy attorney who will review your case and go over your options with you.