Retailer Bankruptcy: Why Retailers File for It When They’re Not Even Broke

Home/Bankruptcy/Retailer Bankruptcy: Why Retailers File for It When They’re Not Even Broke

Retailer Bankruptcy: Why Retailers File for It When They’re Not Even Broke 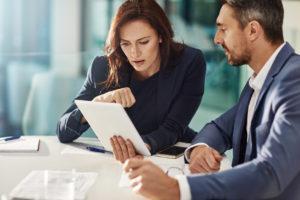 Rue21, a well-known retailer, filed for retailer bankruptcy in May of 2017. If you ever happened to have checked out Rue21’s profit statement, you may have believed the teen-fashion retailer was a big success. In 2016, it received $54 million in revenue.

But rather than holding out a little longer and slipping into considerable debt, Rue21 suddenly filed for bankruptcy. What’s more interesting, however, is that retailers like this are not alone.

Why Did Rue21 File for Bankruptcy If They Are Profiting?

Rue21 is a part of the growing trend of retailers who end up filing for a Chapter 11 bankruptcy reorganization even though they still are proving successful. It is a tactic which could play out during the upcoming months among retailers that struggled during the hectic holiday season.

Several national chains made it through their own bumpy ride by filing for court protection from their creditors in 2017 even though they might have appeared financially balanced to the public. The movement demonstrates the significance of pre-emptive action for retailers that anticipate upcoming financial trouble.

Quite simply, they are proving profitable with their existing operations, but are financially broke due to the fact they are not able to make their payments for owed debt.

Of course, there is a concern regarding whether companies that are still in profit should be permitted to file retailer bankruptcy, which will generally affect product suppliers, retirees, landlords and financial creditors.

Apart from Rue21, national fashion brands True Religion and Payless Shoe Source filed  bankruptcy in 2017 and made it out well, at the same time with a lower number of stores. All three of these retailers were making a profit prior to taxes, interest and other items soon before they filed for bankruptcy.

What Is Chapter 11 Bankruptcy?

The lesson for retailers in the black despondency of Amazon-Walmart prominence and the decline of shopping malls is distinct – the intention of Chapter 11 is to develop a reorganized, generally-smaller company that can get a fresh start.

Certainly, you will discover other possible ways to restructure that don’t include public declaring deficits. Troubled women’s fashion retailer Charlotte Russe announced on Dec. 15 that they had discussed debt cuts with lenders by allowing them full-ownership of the company.

That option seemed sensible for retailers that can encourage creditors to make extreme concessions. But typically, lenders won’t voluntarily provide enough space for retailers to invest in the sort of digital infrastructure they feel is required to remain competitive with Amazon, Walmart and other popular retailers.

As a result, retailer bankruptcy has presented companies like Payless the possibility to start spending in an attempt to gain more online sales and not be so reliant on stores.

What Is Payless’ New Business Strategy After Filing Bankruptcy?

Payless has a second opportunity after it closed about 900 stores and reduced debt that private equity investors had loaded onto the company many years previously.

With roughly 22,000 employees and almost 4,400 stores within 30 countries during the time of its retailer bankruptcy, Payless had developed an impressive global brand. Still, several problems compromised the company’s operations. It had a restricted digital existence, prices that had exceeded too high after some time and the company had slipped behind its competitors.

But with considerably less debt right after the retailer bankruptcy, Payless is ready to reinvest in digital infrastructure and start a global business expansion with hundreds of brand new stores in under-served markets located in Mexico, rural Brazil, Africa and India.

Details About Retailers Profits Prior to Filing Bankruptcy

Comparable to Payless, both Rue21 and True Religion were profitable shortly before bankruptcy. Rue21’s showed decent 2016 earnings. True Religion revealed a pretax profit of $7.1 million within the initial five months of 2017 just before the company filed for court protection.

Both fashion brands went into bankruptcy as their debt loads became too uncontrollable and unsuccessful stores pulled them down.

The effects of their bankruptcies advise that retailers can endure their brush with financial distress, unlike Borders, Circuit City and Sports Authority which liquidated soon after filing. Approximately 1 in 5 True Religion locations closed in bankruptcy. Rue21 shut down about 1 in 3 of its stores.

How Vendors Affect a Retailer’s Decision to File for Bankruptcy

Numerous retailers wind up requiring retailer bankruptcy to pull through simply because the minute their vendors suspect possible financial trouble, they worry about maintaining their shipments and obtaining immediate payment.

This is exactly what has happened to retailers like Toys R Us. Without having products to sell or the advance cash to pay, companies like Toys R Us can’t pull through without the legal auspices of retailer bankruptcy.

When to Consider Filing for Retail Bankruptcy

Every case is different and depends on a large variety of factors. If you are questioning the benefits of filing for retailer bankruptcy, speak with a bankruptcy attorney at Northwest Debt Relief Law Firm. For a free initial consultation, call 206-488-0555, today!