Major Banks Are Claiming to Discharge Debt That Does Not Exist

Major Banks Are Claiming to Discharge Debt That Does Not Exist 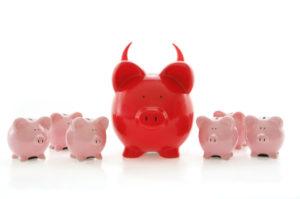 Chase, Bank of America and other major banks have sent thousands of letters to their customers claiming that the bank was going to forgive the debt the customer owed to it. While receiving such a letter from your bank may seem like good news, it was, in fact, highly alarming to the recipients, as the alleged debt had already been discharged due to the recipients having filed bankruptcy in the past.

Many of the recipients of such letters, about 12,000 of which sent to Bank of America customers alone, are outraged at the unethical behavior of banks claiming to forgive false or phantom debts. What is even worse, however, is the fact that forgiven debt becomes a part of a person’s taxable income while debt discharged as a matter of bankruptcy proceedings is not taxable. This creates a real problem for bank customers who have received these letters, as they specifically state that the forgiven debt will be reported to the IRS as a legally required. Another outrageous consequence of these letters is the fact that banks may even gain government credits for supposedly releasing phantom debts.

When the banks were contacted and asked to provide an explanation of the motives behind sending such confusing and unethical letters to its customers with a history of bankruptcy, they simply stated that they would be sending followup letters to these customers to further explain the initial round of letters. While this response is unsatisfying at best, at worst, it is maddening, as the banks failed to state what they will do to ensure that their customers don’t get unnecessarily penalties for non-existent debts when tax season rolls around.

Those facing such complicated matters, as well as individuals who find themselves drowning in debt, are encouraged to contact the experienced bankruptcy lawyers at the Northwest Debt Relief Law Firm. While we can assess your situation and provide you with sound legal strategies for getting out of precarious financial situations, we can also help you go up against creditors, help you save your home and prevent your wages from being garnished.