Keeping the Hummer in Chapter 13 Bankruptcy

Keeping the Hummer in Chapter 13 Bankruptcy 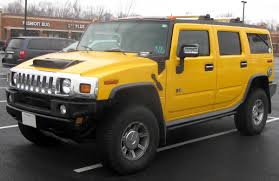 Until very recently Chapter 13 bankruptcy trustees in both Oregon and Washington would often object to Chapter 13 plans containing proposals to pay off “luxury items,” such as RVs, boats, high end motorcycles and the like in full while paying little or nothing to unsecured creditors. Trustees would describe such such plans as being made in “bad faith” because the money allocated to paying off a debtor’s big ticket items could have been used to pay more towards the pool of unsecured debt

Fortunately Chapter 13 bankruptcy debtors no longer need to worry that a trustee might keep a Chapter 13 plan from being confirmed simply because the debtor wants to keep paying off her BMW.

The Court of Appeals for the Ninth Circuit( both Oregon and Washington are member states) recently determined that when Congress enacted BAPCPA in 2005, it took away bankruptcy judges’ discretion to make value judgements regarding which secured creditors should be paid off through a Chapter 13 Plan.

The upshot is that f you file a Chapter 13 bankruptcy in Oregon or Washington now and you want to keep your Hummer, the bankruptcy trustee won’t be able to object to your plan solely because you want to keep making the payments, even if that means that the American Expresses and Chases of the world get nothing.