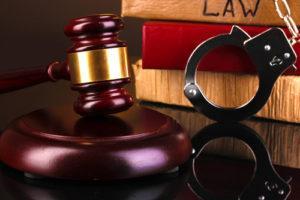 The Federal Trade Commission (FTC) is becoming increasingly focused on holding creditors accountable for violating the Fair Debt Collection Practices Act (FDCPA). The FDCPA, which was enacted in 1978, was put in place in order to protect consumers from harassing, threatening, racist or otherwise abusive practices of collectors who are trying to collect a debt. Debt collectors who violate the rules of the FDCPA are subject to prosecution by the FTC, as well as private lawsuits filed by the consumer himself. Although the number FDCPA lawsuits that were filed in 2012 have decreased by about 5 percent from the number of similar lawsuits filed in 2011, the FTC still sees abusive creditor behaviors as a serious problem for consumers; as a result, it is ramping up efforts to enforce the FDCPA. In fact, within the past year, the FTC has obtained two large, groundbreaking settlements in FDCPA violation cases. In the United States v. West Asset Management, Inc. and the United States v. Asset Acceptance, LLC, the FTC was granted $2.8 million and $2.5 million, respectively. In other FTC cases against creditors, the agency has successfully frozen creditors assets and has been able to immediately appoint leaders to run the debt collection agency. As part of its ongoing efforts to protect consumers’ rights, regulators with the FTC are targeting creditors that:

The FTC encourages consumers who feel that they have been abused by creditors to report the incident to the agency so that it can investigate the claims and hold irresponsible creditors accountable for their illegal and abusive actions. Before making any definitive move, be sure to talk to us first. We can give you experienced bankruptcy and FDCPA  advice and provide you with the best options for moving forward. Each case is unique, and we are dedicated to helping those in debt resolve their financial headaches so they can live productive lives.