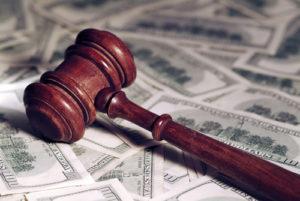 Since 2011, there has been a noticeable decrease in the number of Fair Debt Collection Practices Act (FDCPA) lawsuits that consumers have filed against creditors. The Fair Debt Collection Practices Act was enacted to protect consumers from the potentially abusive behaviors of creditors trying to collect debts; while the FDCPA stipulates certain behaviors that creditors are not allowed to commit when trying to collect a debt, such as calling debtors outside of the hours of 8 a.m. to 9 p.m. The law also dictates certain things that creditors have to do during their interactions with debtors, such as clearly identifying themselves each time they contact a debtor. When creditors violate any portion of the FDCPA, they are subject to prosecution by the Federal Trade Commission, and debtors are entitled to file a private lawsuit against negligent creditors.

In 2012, as of the end of September (the most recent period for which statistics are available), a total of 8,152 FDCPA lawsuits were filed against creditors throughout the U.S. Of these lawsuits, 922 were filed during the last half of August and the first half of September. During this period, approximately 528 debt collection agencies were sued, and nearly 40 percent of the plaintiffs who filed the FDCPA lawsuits had previously filed another type of consumer lawsuit. The top three courts in which FDCPA lawsuits were filed were California Central Districut Court in Los Angeles, the New York Eastern District Court in Brooklyn and the Illinois Central District Court in Urbana. When compared to the same period last year, the number of FDCPA lawsuits that had been filed in U.S. courts was down by about 5.3 percent.

While the decrease in FDCPA lawsuits may point to the fact that creditors are getting better at complying with the terms of the act, in reality, it is likely that a combination of factors have played a role in the declining number of lawsuits. Other such factors may include that less people are filing frivolous lawsuits or that consumers may be unaware of their FDCPA rights and, therefore, don’t know that they can file such lawsuits.