How to Deal with your Debt Collectors

How to Deal with your Debt Collectors 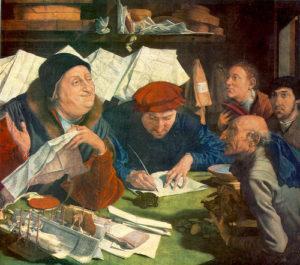 They’re scarier than slasher flicks and more mysterious than extraterrestrial life. They come through our phone lines, disembodied and humorless, carrying only daunting news about our finances. They’re debt collectors.

But the best way to deal with your debt collectors is to know their secrets. It’s like a strategic game of poker; it’s essential to know your opponent’s move before he makes it. Financial maneuvering is no different, and a few prudent tips could ease your stress when that phone inevitably rings.

Readers’ Digest initially released the article, 13 Things a Debt Collector Won’t Tell You, in October, 2011. It’s lessons remain true as ever, and here are some of the highlights.

They Don’t Trust You.

Debt collectors can be some of the most cynical people on the planet. They’ll even tell you that themselves; the article was written primarily by insiders.

When they call during your dinner hour, they’re really not expecting a good outcome. That’s perhaps what makes them both pushy and seemingly unshakable; they really feel they have nothing to lose.

They’ve Heard it All.

Don’t expect to melt any hearts. Regardless of your reasons for being in debt, a typical debt collector simply isn’t fazed. Not only have they heard almost every story imaginable – they’ve probably heard the exaggerated version. So don’t waste too much energy trying to get under their skin, because it’s pretty darn thick.

Do they Really Care Whether you Pay? YES.

Debt collectors are like anyone else; their compensation depends upon their job performance. When they get you to pay, that counts in their favor. So, they have a powerful interest in prying open your wallet, and you should know that going into the negotiation. No matter how strong you’re prepared to be, they’re doing bicep curls on the other side of the phone as well.

These are never easy interactions, but knowing what you’re in for can really help the situation. And remember: you’re never as prepared as you could be, so contact an attorney for guidance.