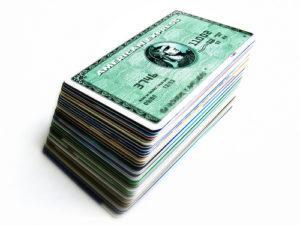 Your partnership with your spouse has many dimensions. In addition to being an emotional union, it’s important to remember that it’s also a financial union. Debts incurred by either spouse over the duration of the marriage fall on the shoulders of both parties.

These “community” debts are only a problem if one spouse is not privy to or prepared for the repayment. Communication is key, and community debt should never be taken lightly.

When is a debt community and when is it separate?

A community debt is incurred after the legal marriage and before a separation. Either spouse can take on debt during this time, and as long as it is for the general benefit of the marriage, both parties are on the hook.

Separate debt occurs at all other times. The important distinction here is timing; a couple need not be divorced in order for debts to be considered separate. The living situation is the key factor, and if the parties have legally separated and are living apart, each individual becomes responsible for his/her own debt.

Notably, community debts do not hinge on awareness. One or the other spouse may not know about the debt, but as long as it was incurred during the marriage, both partners must answer for it.

What can I do to alleviate liability?

Community debt and separate debt are (fairly) straightforward, but there’s also the issue of who is specifically named on the account. This is where it gets tricky.

If you are on an account with your spouse and you legally separate, you can still be held responsible for that account. One option is to contact the creditor to have a name removed from the account. Sometimes this is sufficient, but if charges remain, some creditors may deny a request of this nature.

At the very least, either name on the account has the option of freezing it. That will prevent the other party from continuing to charge, and may relieve some of the pressure while other legal situations play out.
As always, the best bet is to speak to an attorney. Your legal representation can make sure that all bases are covered, and that you aren’t responsible for an unlawful debt.