The Truth About Trump Bankruptcy

The Truth About Trump Bankruptcy 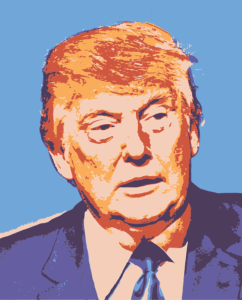 There are many misconceptions about President Trump, bankruptcy, and his history in the business world. Some claim that Trump has been a successful businessman for much of his life. Others point out that bankruptcy has been common among his businesses, alleging his failure. The reality of the Trump bankruptcy rumors is pretty different.

Personal and corporate bankruptcy can bring welcome relief in a time when debts become too much. If you have questions about your debts or the bankruptcy process, contact Northwest Debt Relief Law Firm today at (206) 488-0555.

It has been claimed that Trump has filed for bankruptcy many times over the years. Although he has never filed for personal bankruptcy, several of his companies have utilized bankruptcy to reorganize debts or obtain better terms on those debts.

Memes regarding Trump’s bankruptcies often claim that he has filed for bankruptcy at least four times in the past 15 years. In reality, more than four of his companies have claimed Chapter 11 protection. However, some of those occurred after Trump had already removed himself from the operation of the companies. In most situations, Trump was forced to give up the majority of his ownership in exchange for better debt terms for those companies.

Trump Companies That Have Filed Bankruptcy

This casino in Atlantic City opened in 1990, being completed with more than $675 million in bonds that had 14 percent interest rates. Less than a year later, the Trump Taj Mahal had $3 billion in debt. To keep the business in operation, in 1991, Trump’s company filed Chapter 11 bankruptcy and agreed to give up half his ownership, sell his Trump Shuttle airline and his Trump Princess yacht, and set a limit on his personal spending. This allowed the company to attain lower interest rate loans with additional time for repayment.

In 1992, these two Atlantic City hotel-casinos filed a Chapter 11 Trump bankruptcy. Both had millions in debt, and Trump agreed to give up half of his shares of the companies for more favorable term on loans.

Also in 1992, Trump filed bankruptcy for this New York hotel. Again, Trump had to give up nearly half of his ownership in the property to obtain better terms on loans and debts.

In 2004, Trump sought Chapter 11 protection for this hotel and casino that had $1.8 billion in debt. He reduced his ownership from 40 percent to 27 percent to obtain more favorable lending terms.

Trump Hotels and Casino Resorts was renamed Trump Entertainment Resorts (TER) after its 2004 bankruptcy. However, in 2009, TER obtained Chapter 11 protection with more than $1.2 billion in debt.

Bankruptcy Is Not Necessarily Failure

Many people who disagree with Trump’s politics have pointed to his business bankruptcies as evidence that he is a “failure.”

However, bankruptcy, especially for companies, is not always a failure. Chapter 11 bankruptcy allows companies to reorganize debts and obtain better repayment terms instead of completely going under. In most cases, Trump bankruptcy is identified by seeking better debt and loan terms instead of ending a business.

In reality, a Trump bankruptcy is carefully using Chapter 11 to benefit the business. Trump has claimed many times that he has not failed, and instead he has “used the laws to corporate advantage.”

Most of Trump’s companies that have stumbled end up successfully in operation later.

A Bankruptcy Attorney Can Help You

If your debts are becoming overwhelming, you may look at Trump bankruptcy as an example of how you can achieve success after unmanageable debt. A skilled bankruptcy lawyer can evaluate your situation and help you through the process. Call us today at (206) 488-0555.